The research group of laser-matter interaction at the Institute of Intense Lasers and Applications (CELIA) at the University of Bordeaux, France, has explored a new glass micro-drilling method using a femtosecond laser in GHz-burst mode. 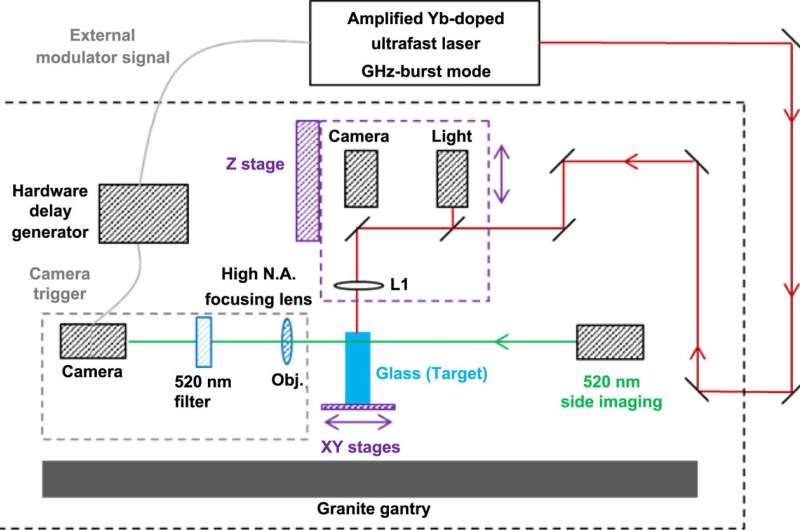 Publishing in the journal International Journal of Extreme Manufacturing, the research team used a femtosecond laser from Amplitude operating in the GHz-burst regime to study a new glass micromachining method which allows for drilling taper-free, elongated holes with smooth inner walls without any cracks in the glass. Usually, laser drilling with standard single femtosecond pulses results in tapered holes of strongly limited length and rough inner surface.

This new laser-matter interaction regime makes it possible to directly drill holes of high aspect ratio in one single step without any chemical etching. The choice of the laser-burst parameters was revealed to be very important in order to achieve an outstanding micromachining quality of the machined structures. The femtosecond laser GHz-burst mode could pave the way for new applications such as microelectronics where silicon interposers are likely to be replaced by glass interposers.