On December 6th, 2019 Loïc Lavenu (former doctoral student at Amplitude Laser) received the 2019 Jury Prize Award from the University Paris-Saclay’s Department of Physics of Light and Matter (PHOM*) alongside two other doctoral students, in the specialty “Extreme Lights”. The university rewarded Lavenu’s three years of work which was carried out in collaboration with the Laser group from the Charles Fabry Lab. The focus was on improving the pulse duration of Ytterbium lasers. Lavenu’s thesis is entitled: “HIGH ENERGY YTTERBIUM-DOPED FIBER LASER SOURCES DELIVERING IMPULSIONS OF A FEW OPTICAL CYCLES.” 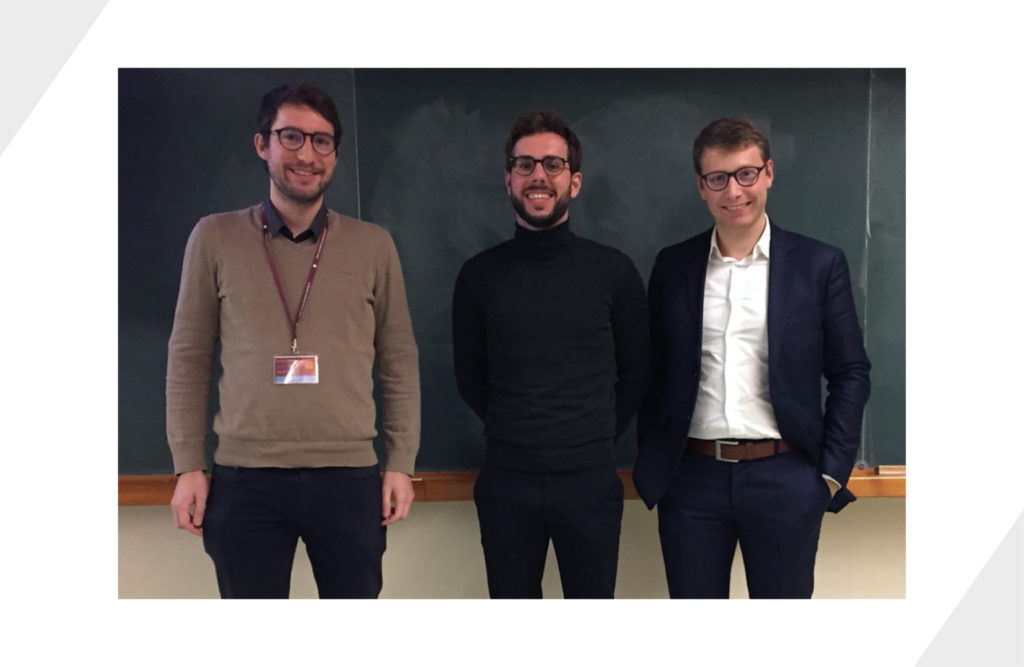 The three winners of the jury prize, from left to right: Maximilian Schemmer, Pierre Pichon, and Loïc Lavenu (Source: www.institutoptique.fr)

Characteristics of Ti :Sa and Ytterbium for Industrial and Scientific Domains

Today, Ytterbium-doped femtosecond fiber lasers are primarily used in the industrial sector. They are indeed able to generate high energy pulses with a high average power. As fabrication processes are accelerated, clients can expect a high throughput. But in the scientific area, the pulse duration of those lasers (from 300 fs to 1 ps) is a barrier for many different applications. This is the reason why Ti:Sa doped crystal lasers which generate pulses with less than 30 fs are preferred by scientists.

How to Achieve a Repetition Rate of 6.8 fs

Lavenu’s work first enabled the team to significantly reduce the repetition rate of pulses of a Ytterbium-doped fiber amplifier. To achieve this, the laser architecture was optimized in order to limit, via the gain, the impact of the spectral constriction. Thanks to this technique, today we are able to achieve a pulsewidth of 130 fs.

Next, in order to achieve even shorter durations, a second solution was developed downstream of the laser which consists of having the laser pulses interact in a highly non-linear way with a gas. This is usually done in a hollow capillary filled with gas. This method provides the ability to generate a pulse duration of 15 fs., though it is still limited because of the transmission and the congestion the installation creates. To overcome those limits, another method was specifically developed to allow for the duplication of this principle in a multi-pass cell, therefore preserving the main laser parameters (energy and power). To generate pulsewidths of a few optical cycles, Lavenu and the team in Palaiseau proposed the combination of those two studied architectures (capillary and multi-pass cell), implementing the benefits from both. They were then able to generate pulses with only two optical cycles (6.8 fs), reaching the shortest pulse duration possible for Ytterbium lasers.

A Technical Performance and a New Tool for Science 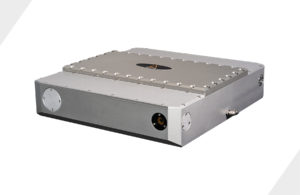 Lavenu and the Yb:HR team developed the ShortPulse option of the Tangerine and created the new module ‘Compress.’ These developments greatly assist scientists in unlocking Ytterbium technologies for scientists. Thanks to this global architecture, we can now build these lasers to industrial standards and optimize them for both scientific applications, efficient and compact ultrashort sources.

We would once again like to extend our sincere thanks and appreciation to Loïc for his invaluable work on this project, and to congratulate him on his well-earned prize. We wish him a long and prosperous career.

*The PhOM Department has assembled 33 laboratories and around 700 researchers and teachers in Physics, including the LCF. Its mission is to coordinate and implement the research strategy of this group, to develop the collaboration between entities, and to stimulate the attractivity and the international visibility of Physics in the perimeters of the Paris-Saclay University.